For most of the time, I was MS Windows user. I was using this OS since Windows 95 up to Windows 10 ( the last version really occasionally). About ~3 years ago, I switched to Linux (Ubuntu) on my private computer. I used it before on virtual machine or sometimes in dual boot with Windows. About one year ago, I changed my job and decided to switch to Macbook Pro at work. I also had an option of choosing a laptop with MS Windows, but I was already a bit familiar with Unix, so I decided to learn something new and try Apple stuff. It had OS X El Capitan installed and it was later upgraded to macOS Sierra. I decided to collect my thoughts related to using Macbook in this article. Below you can see a photo of my current work-station in the office. 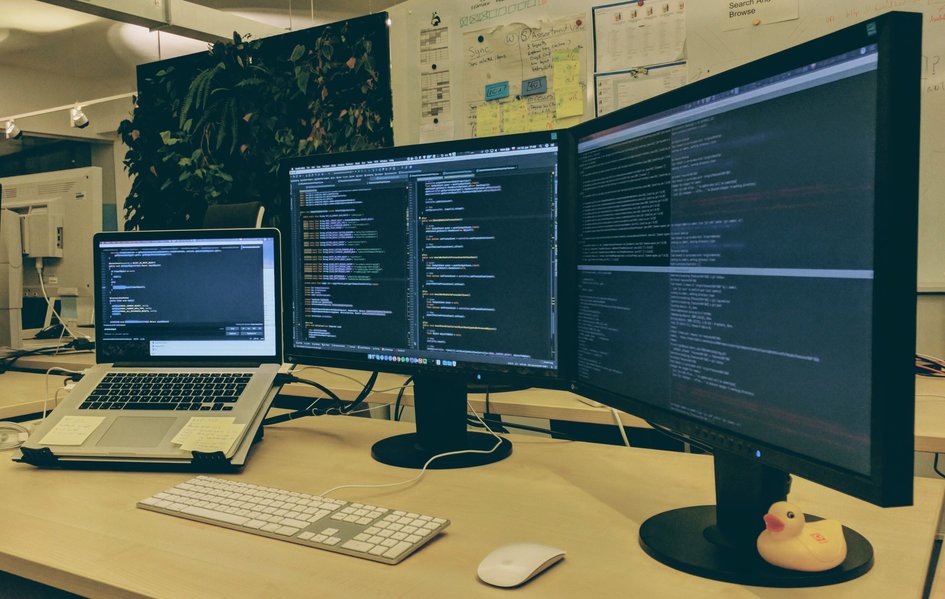 In the beginning, it seemed that it’s something different than systems I already used, but it was quite similar to Linux. There’s Unix shell, HUD like in the Unity on Ubuntu. I don’t use Unity on Linux anymore, but I’m familiar with that concept. Settings window also looks similar to Unity or Gnome. Macbook is connected to one monitor via HDMI and to another one via mini-display port. The keyboard is connected via USB and magic mouse is connected wirelessly via Bluetooth. It’s worth mentioning that Macbook doesn’t have RJ45 port, so you need an adapter if you want to be connected to the network via cable. There’s adapter from mini-display port to RJ45 and from USB to RJ45. You can choose one of them. If you need any specific device setup, better check hardware specification, available adapters and their cost.

Configuration as a code#

After some time of using Linux, I discovered that I can keep my personal configuration as a code. My config is open-source and you can see it in my dotfiles repo. This is very useful when you want to restore your configuration if you’re installing a system from the scratch or you accidentally lost your data and want to have a backup. Moreover, when you are using two Unix machines like me right now, you can share your configuration between them. On macOS I can use the same stuff like on Linux. E.g. Zsh, Tmux, Vim, etc. Nevertheless, there are differences between Linux and macOS. That’s why in my .zshrc file, I have a separate section for Linux and the separate section for macOS. Moreover, sometimes scripts also need to be customized separately for different systems. Using macOS helped me to make my config more robust and now I can use it easily both on macOS and Linux without huge problems. 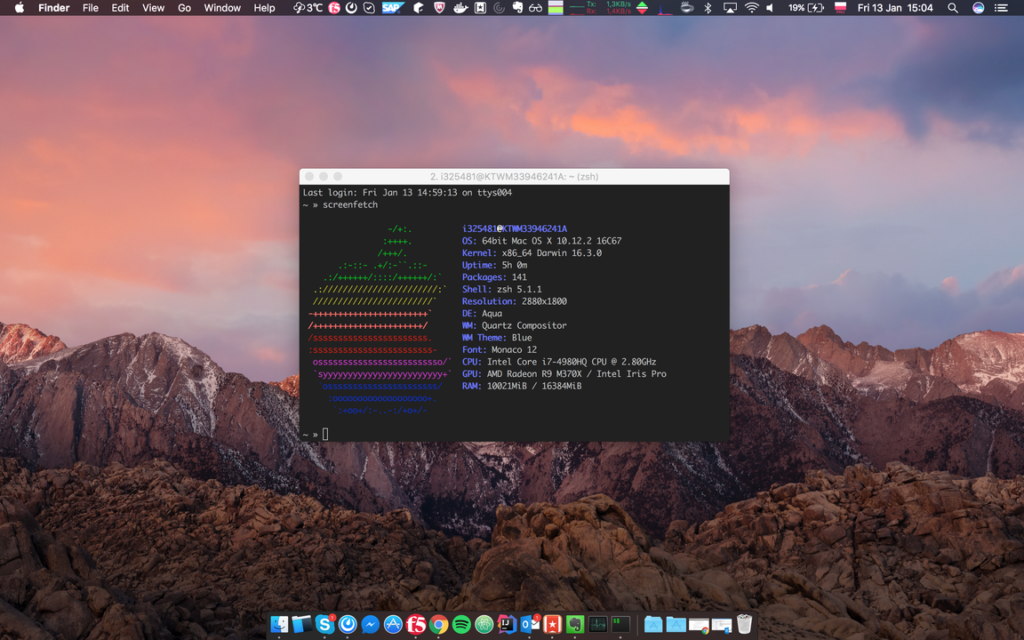 Of course, I needed to find apps, which will be useful for me during daily work and usage of the system. Below you can see what I find useful. Basics

Development Tools Here are my basics apps I use for development. I also use terminal tools, but I mentioned them earlier in this article. All of them works pretty the same as on other platforms. Docker for Mac was improved so we can use Docker as easy as on Linux right now.

Messengers We also have basic messengers. It’s no difference comparing the to other systems. Maybe Skype is simpler than Windows version. Linux version of Skype is also quite simple because they probably stopped developing it. It’s strange because it’s good and bad at the same time.

Menu indicators I like the concept of menu indicators in HUD. It’s similar to Gnome Classic and Gnome 3 desktop environment for Linux.

There are things, which are slightly different on macOS and I needed to get used to them during the time.

Here are a few of my observations I made while using Mac.

We can discuss software issues, but there are things, which Apple makes the best and leaves the competition behind. These things are design & hardware. Macbook’s touchpad is the best touchpad I’ve ever used. It’s smooth easy to use and is integrated with the system in a very convenient way. Page scrolling is really smooth and natural. There are gestures for switching workspaces, scattering windows, zooming, etc. Retina display screen is very clear, has high resolution and it’s much better than displays of the other laptops. Speakers are incredibly clear and music sounds better than in regular laptops. A lot of people complain about the necessity of using adapters. I haven’t really had such problems. The only adapter I needed was USB to RJ45 adapter for a wired network. I could connect one external screen via mini-display port and another one via HDMI port. I think an issue with adapters can be serious for people who use a lot of specific external devices. The battery in the Macbook works fine, but it’s getting worse as long as you’re using a laptop. If you start energy consuming services and apps it can be drained in less than 8 hours now. I think it was better in the beginning of the usage (one year ago). The thing, which I really like in Macbook is the design. It’s very clean & simple. It’s also made from high-quality materials and looks really well. People who care about aesthetics will appreciate that. 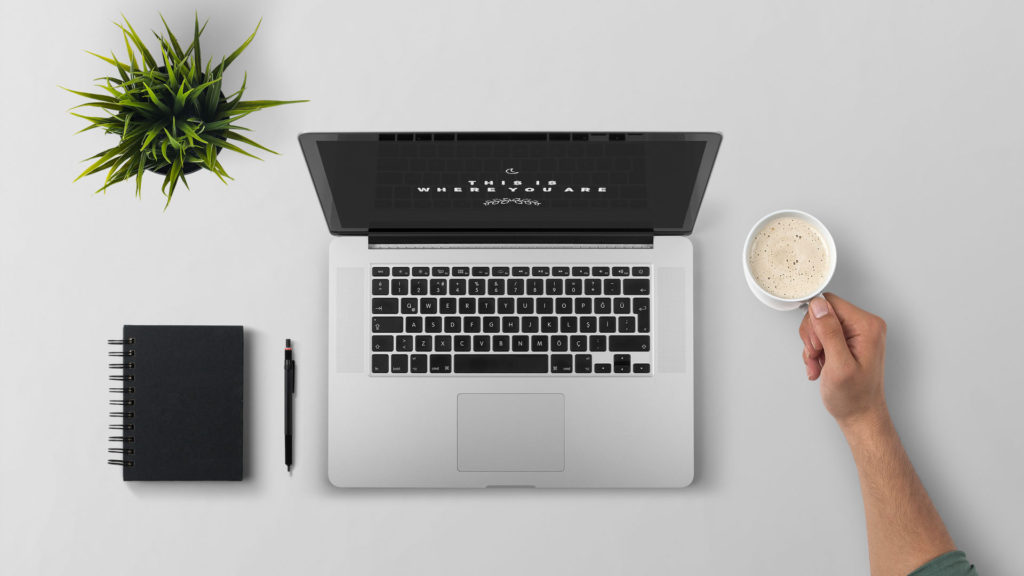 To sum up, I can tell that Macbook is really nice & expensive piece of hardware. I could recommend such device to people, who can afford and want to spend more money than usual on their computer. I would also recommend this device to people who travel a lot and need to work with laptop screen and touchpad because Apple made them better than the competition. I can also recommend this device to people who don’t want to spend too much time on configuration & customization of the software. I wouldn’t recommend this device to people who want to save money. You can get a laptop with similar specs in about 30% of the Macbook’s price. E.g. Thinkpad device. I also wouldn’t recommend it to people who use external devices quite often. If you are using the external screen, mouse & keyboard lack of Apple touchpad and retina display shouldn’t be a deal-breaker for you. I also wouldn’t recommend it to people who use a lot of specific external devices. In the case of choosing Macbook, probably you’ll need a lot of adapters and some stuff may not work fine for you. In addition, if you like to customize your system, probably you should get a Thinkpad device & install Linux. Moreover, you need to remember that Macbook Pro is not a gaming laptop. In my opinion, macOS is better than Windows for the type of programming I do (recently Java, Bash & Python). Nevertheless, I don’t think it’s better for that than Linux. As you see, using a Macbook Pro has pros and cons. You need to remember that choosing of the device should be dictated by logic and pragmatism. Not by marketing and fashion.