What is a terminal multiplexer? It lets you switch easily between several programs in one terminal, detach them (they keep running in the background) and reattach them to a different terminal. And do a lot more. 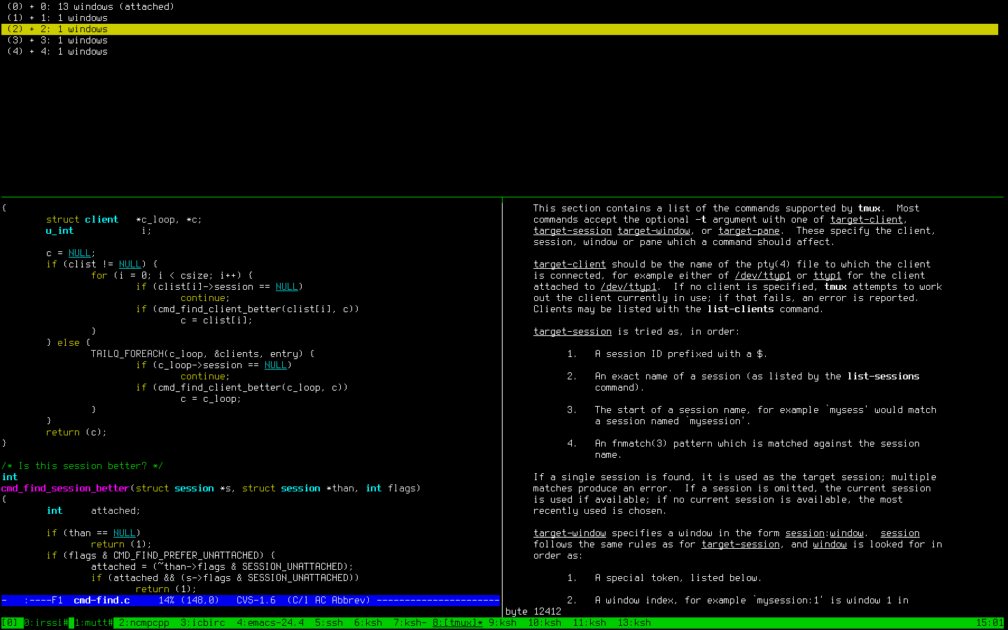 How to use tiling?#

First, we need to install tmux:

Then, we need to start it: 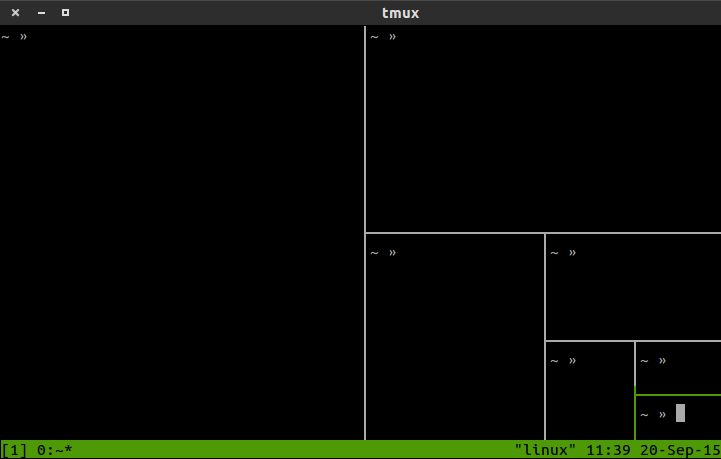 If we want to switch between tiles, we need to use the following key combination: Hold Ctrl, press B (while holding Ctrl), release buttons and press O key (“O” letter - not zero).

Popular terminal windows configuration is 4 tiles (2 columns and 2 rows). We can split windows horizontally or vertically pretty fast with default shortcuts, but creating layout consisting of 4 tiles requires some clicking. I’ve written a simple script, which generates such layout for us automatically and saves the time. First, we need to install xdotool:

Next, we can create file named tmux-4tiles, set its chmod to 777 and save it in /usr/local/bin/ directory. File should have the following content:

When, we are done, we can enter tmux:

and run the script:

After that, we’ll get the following layout: 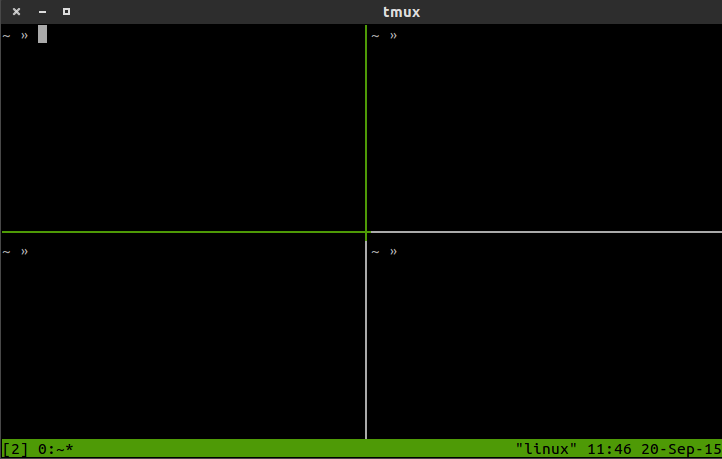 We can automate generating different layouts for our purposes in the same way.

In my opinion, tmux is very useful tool for people working with terminal who want to have organized windows in an elegant way.